Xiaomi to flaunt its Silicon-Oxygen Anode Battery and all new chip on March 29, 2021

In a few days, Xiaomi is going to introduce its three or four Mi 11 phones.

Earlier, Xiaomi has said that the Xiaomi Mi 11 Ultra Silicon-oxygen Anode battery has the highest quality phones. The company will also reveal its all new chip.This smartphone as well as Mi Mix phone will arrive on March 29. 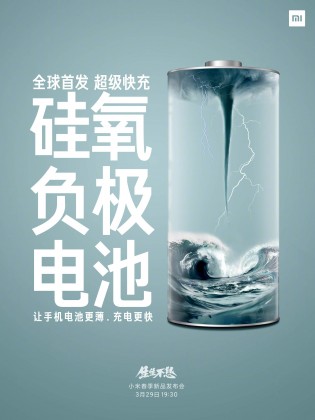 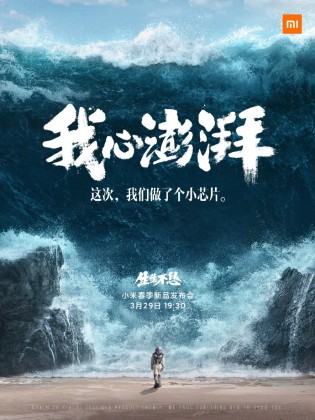 With the ongoing development of silicon- anode battery, Xiaomi Mi 11 Ultra will become faster, lighter and thinner because nano-scaled material through negative electrode is introduced. The outcome of it, its 10 times theoretically greater than graphite. This has been applied to some "new energy vehicles"and this preference will soon be made in battery materials for smartphones.

It also seems that Xiaomi plans to unveil their own chips for Xiaomi Mi 11 Pro and Xiaomi Mi Ultra an approval to the Surge S1 SoC that was launched last 2017. There isn't much information yet about the specs of the chips, if we will see a new Surge 2 but it gives us an idea what to expect when it's out in the market.

Know more about the new Samsung Galaxy A72 4G

OPPO is stepping up with Find X3 Pro 5G

Realme 9i 5G full specs and renders leak ahead of launch

Oppo Reno8 series is launching in the Philippines on September 1